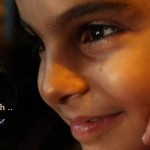 First, I would like to thank everyone who shared my previous post related to my infringed copyright. Your shares, outstanding support and encouragements were the real pleasure that I had through this story.

Another big thanks to my friends: Rafaat, Islam, Abdeen and Walid, you are the best friends in the world.

All the appreciation and thanks to: Filfan, Masrawy, Tahrir News, a Digital Boom, Dot Masr, Vetogate and all the facebook pages like: Social business and others that discussed and shared this case. Thanks a lot.

Second, I would like to announce that Youtube and Facebook removed all the content violated my rights and contained my artwork. Thanks for protecting copyrights worldwide, all the respect goes to their support teams.

Third, Negotiations between Al Nahar TV and me has reached a dead end due to financial disagreements. Based on that, I’ve notified Al Nahar TV to remove my artwork from the next live episodes of Sabaya Al Kheir. Actually, I do not know whether they will implement that or not but, I will act based on their reaction to my request. END_OF_DOCUMENT_TOKEN_TO_BE_REPLACED