New beginning, May be!?

One of the things that I wanted to improve in myself is to be much more patience and to continue what I’ve started!.

I am the man, who gets excited for a project, work on it for hours, days, weeks or months and then, release it to stop working on it few weeks later!. This costed me a lot and with limited investments in my projects, I could not make the successful project that I’ve dreamed of. It is hard to work on your projects while you’ve a full time job. Time is very limited and everything is running so fast!

Well, Today. I started to rearrange my priorities. It is hard to change but, let me try again!

Last week, I’ve released | فن.مصر | first version, This is artistic portal that will bring to the visitor the latest art news, movies announcements, songs and music releases whether in Egypt or worldwide.

This is promising potential for the Arabic content on the web. Give it a visit and I will be waiting your comments.

I would love to introduce Forexa.me, Version: StreamZ

Forexa.me is offering FOREX reviews, expectations and analyses for currency pairs and commodities based on technical analysis (with fundamental analysis in mind) on daily/weekly basis. In addition to all, what I read every day about currencies trading, economics and some financial topics. The reason behind that is that I want to build a reliable stable source for good reviews that every beginner can use with no hesitation.

Forexa.me is one of the projects that I’ve introduced via Hostera.com in 2014.

Enjoy it and give it a visit, I will be back with great updates every week on Forexa.me starting from next week. 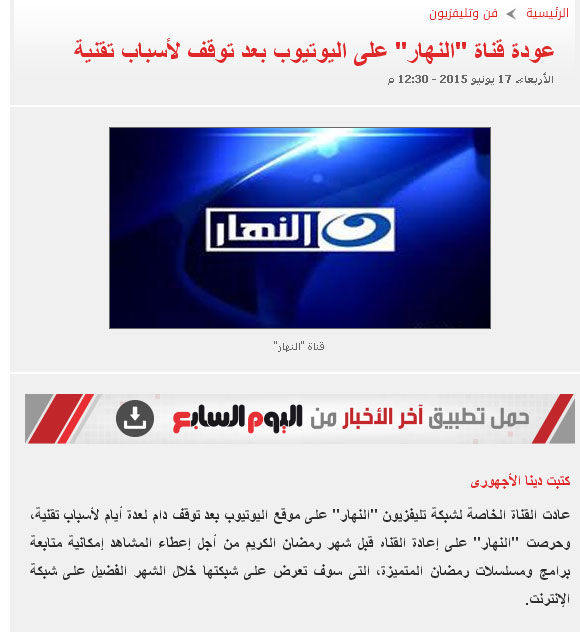